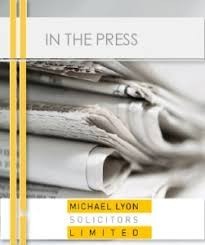 Peter Jenkins was fined £1,400 and banned for 34 months after being caught on Wigtown Road in Newton Stewart.

It was based on his reading of 87 micrograms in 100 millilitres of breath being nearly four times the 22 limit.

However, the sheriff appeal court said that approach was “erroneous” and cut the ban to 22 months and fine to £900.

The limit in Scotland used to be 35 micrograms per 100 millilitres of breath – as it remains in England and Wales – but was cut to 22 micrograms in December 2014.

Jenkins was stopped by officers on mobile patrol in Newton Stewart on 29 September 2015 after they saw a vehicle swerving about on the A714.

He later admitted a drink driving charge at Stranraer Sheriff Court and was fined and banned.

The case was taken to appeal on the grounds that the length of the ban and the scale of the fine were “grossly excessive”.

In a written judgement, the appeal court ruled the sheriff had been wrong to consider the seriousness of the offence in relation to the new limit.

“The gravity of the drink driving offence should be measured in objective, absolute terms rather than by considering the number of times by which a driver exceeds the limit,” it said.

“It is fallacious to equate a reading of 87 in Scotland with one of 138 in England and Wales, when one driver is likely to be considerably more impaired than the other.

“The fallacy of the sheriff’s approach can perhaps also be seen by considering what the approach would be were the limit to be reduced to zero (as some would advocate).”

It concluded that would make it “mathematically impossible” to view any offence as being a certain number of times more than the limit.

“A driver who has a reading of 87 micrograms of alcohol in 100 millilitres of breath is clearly guilty of an offence and also poses a risk to public safety,” it added.

“But that risk is no greater than it was when the prescribed limit was the previous higher breath alcohol limit of 35.”

It reduced the original sentence and the ban could be reduced by a further five months if the driver completes a drink driving rehabilitation course.